So while not strictly about Dante, this is definitely Dante related.

Gustav Doré: Dante and Virgil’s Ice Skating Adventure (or the traitors in Cocytus)

All you Divine Comedy fans out there will likely be familiar with Gustav Doré’s superb illustrations of our favourite pilgrim’s progress through the afterlife, but did you know he was a major mover and shaker in the world of satirical illustration?

Hot on the heels of a visit to the Musée D’Orsay’s fascinating and comprehensive exhibition of Gustav’s outrageously varied output (clock casings, epic canvasses, sculptures, sketches and oils) my wife wrote this piece for the Oxonion Review of books, which focusses on his place in the history of satire.

The exhibition really was fascinating, and if you manage to be in Paris before 11 May I highly recommend swinging by. There’s a deftness and wit to so many of Doré’s pieces, balanced by a keenly observed tragedy and social commentary in his paintings of bohemians and beggars. The severity and piety of his large scale religious works left me somewhat flat, displaying Doreé at his most stolidly 19th century, in stark contrast to his comic and often scathing caricatures or his proto-surreal bronzes.

Anyway, I’ll leave you with the starting point of an assessment far more eloquent than my own:

Nowadays, Gustave Doré is predominantly remembered for his woodcut illustrations of Dante’s Divine Comedy, which manage, in a peculiarly 19th-century way, to be both sternly po-faced and flamboyantly crammed with writhing, naked flesh. The Musée D’Orsay exhibition, however, is more interested in highlighting his prodigious contributions to the arts of satirical illustration and cartooning, and devotes nearly an entire, very crowded floor to his extraordinarily productive career.

Jennifer Thorp,  ‘Satire and the Illustration’ 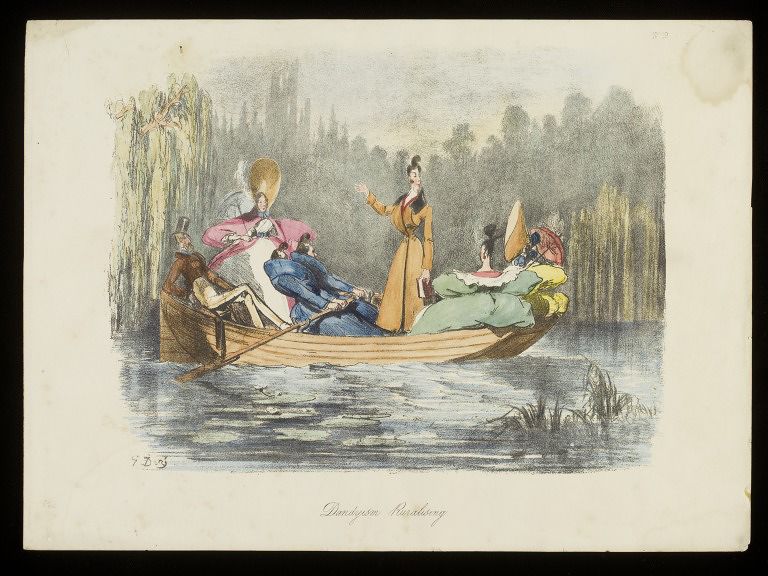 University of Warwick | School of Modern Languages and Cultures

Teaching, research and public engagement in Languages, Literatures and Cultures

Musings on Daily Life in the Ancient and Early Medieval Mediterranean By Sarah E. Bond

All the medieval, all of the time

The History of Love